I could no longer bear the crowds, the sounds,

the smells. Jerusalem had become a place

where dreams were killed and hopes destroyed by

religious leaders. Both had lost their

humanity and become void of

desired and sought. Neither could accept

and mercy they could never provide.

With nowhere to go and nothing to do,

my friend, Cleopas, and I took the road

back to our home in Emmaus. Our walk

took longer than usual for we were

in no hurry. Where did we need to go

after all? What did we need to do?

While we walked–we talked, we argued, we laughed,

we cried. Had we been foolish to put our

trust, our hopes, our dreams, and yes, our faith

in this one man? Had we only hoped he

had been sent by God? Had we only dreamed

he performed miracles? We marveled at

his teaching but had it all been just a

mirage? Had we been swayed by his

kindness? His mercy? His love?

For if it had all been real, how could he have

let himself be killed by such a mob? How could he have

been treated in such a cruel and shameful way?

“Jerusalem has always killed her prophets,”

Cleopas reminded me. “Yes,” I agreed.

“But didn’t we think Jesus was more than

a prophet? Didn’t he have the power

to heal? To raise the dead? How could such a

one be arrested as if he were

a common criminal? Worse than a

dangerous lunatic! Was he mad?

So wrapped up in our thoughts, our questions,

our despair and our arguments–which all

we neither heard nor noticed a man

behind us until he caught up to us

and began to walk by our side.

“What are you talking about?” Such

impertinence coming from a stranger seem to

nettle Cleopas, but with feelings raw,

But before I could speak, Cleopas

blurted out, “Have you not just come from

Jerusalem yourself? How could you not

know what everyone is talking about?

Perhaps you’ve been living under a rock?”

I nudged my friend and told him not to be

why we are so upset. After all, men

are crucified every day by the Romans.”

“Yes, but not usually innocent men.

“Then why was he crucified?” our new friend

asked. “What brought him to the Romans’

attention? And why are you so distraught

over his death? Were you very close to him?”

“We were more than close,” I affirmed. “We

honored him, we–yes, we worshiped him.

We thought he was truly the One, the

Messiah we have been waiting for–

The man nodded as he pondered my words,

his eyes set on the horizon as if

he could see what I could not. I wondered

if he thought us foolish. Foolish to place

such hope in a mere man. Foolish to

believe in his teaching, his miracles,

Then his pace quickened. “Let me explain the

Messiah. Then perhaps you will better

understand what has happened and why.”

He then began to expound on the

Scriptures beginning with Genesis and

continuing through the Law, the Prophets,

the Psalms. He explained the prophecies

of the Messiah in a way I had

never heard before, and I felt my heart

burn within me. Even Cleopas

remained silent as we took in the words

of this stranger who now seemed both familiar

and comfortable as an old friend.

Before we knew it, we had reached my home

in Emmaus. Our new friend did not stop

walking but continued on past my door.

Neither Cleopas nor I could bear the

thought of being parted from him so soon.

Please, we begged him, stay and eat with us.

We would hear more of your teaching.

We will fix you a meal

and you can even stay the night.

There is plenty of room.

He seemed reluctant, and perhaps he

had more pressing things to do, but

when we convinced him we truly

wanted him to stay and dine with us,

he agreed, and I made haste to

go in and tell my wife of our guest

and our need for a quickly made meal.

Once seated, we served our guest and waited

to hear more of what he could teach us.

Though sorrow still enveloped our souls,

somehow this man had wrapped us in a peace

and filled us with a hope that our faith in

the man Jesus had perhaps not been in vain.

What happened next remains the most

astonishing of revelations given

to simple men such as ourselves. One

minute we were waiting for our guest, this

stranger in our midst, to further enlighten

us, and the next, our eyes were opened to the

true identity of one we had taken

to be unknown and unfamiliar

to us. When he stretched forth his hand

to pass the bread to Cleopas on

his right, we all saw the round scar–bright and

shockingly white–on his wrist. A scar

so fresh it was scarcely healed and

almost glowed there in the dusky light.

The sight of that scar caused the scales

to fall from our eyes. It was Him!

Jesus! The One we had followed and

seen crucified. The One we thought to see

no more on this earth. What Peter and John

had said was true. He had come back to life!

Then just as quick as our eyes had been

opened, he was gone–along with our

despair and grief, leaving us with joy

and excitement instead. He was alive!

Truly alive! We had seen him in the

flesh. I remembered now. How my heart

had burned within me as he spoke to us.

Spoke truth to us. Now, without

speaking, we knew we must go back to

Jerusalem. And we could not delay.

We had to go back that very night.

My wife protested. We would be tired,

she said. We had only just gotten home.

But even she knew we could never

sleep and we could almost run back to

Jerusalem. To go back and tell

our brothers and sisters the Good News. 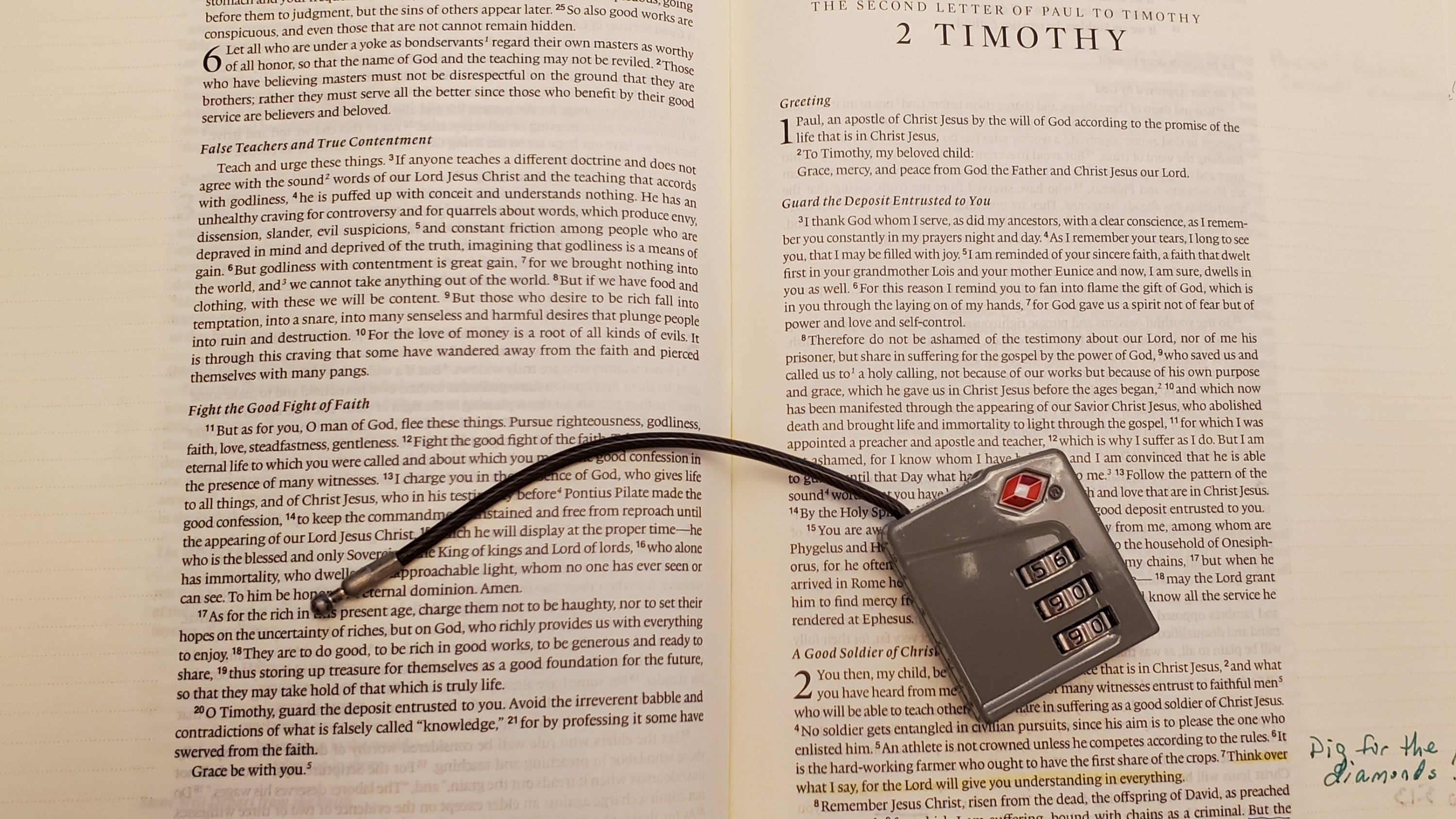 In these days of quarantine, social distancing, stay-at-home, and always

wash your hands–we can feel stifled, closed in, and bound. Not bound by the laws of health only but by our fears and worries as well. In the midst of these concerns, how blessed I was to read these words:

Remember Jesus Christ, risen from the dead, the offspring of David, as preached in my gospel, for which I am suffering, bound with chains as a criminal. But the word of God is not bound! Therefore I endure everything for the sake of the elect, that they also may obtain the salvation that is in Christ Jesus with eternal glory.  2 Timothy 2:8-10

Paul wrote many of his letters from prison. Sometimes, under house arrest (as many of us feel we are now), but he reminds his readers that though he may be in chains, the Word of God is never bound! Never in chains, never closed in, never kept at a distance, and never limited to “only two verses, please.” We are free to study the Word of God, share it, memorize it, and know that it will always be working. His Word is free and boundless.

“But on the first day of the week, at early dawn, they went to the tomb, taking the spices they had prepared.”

“And they found the stone rolled away from the tomb” 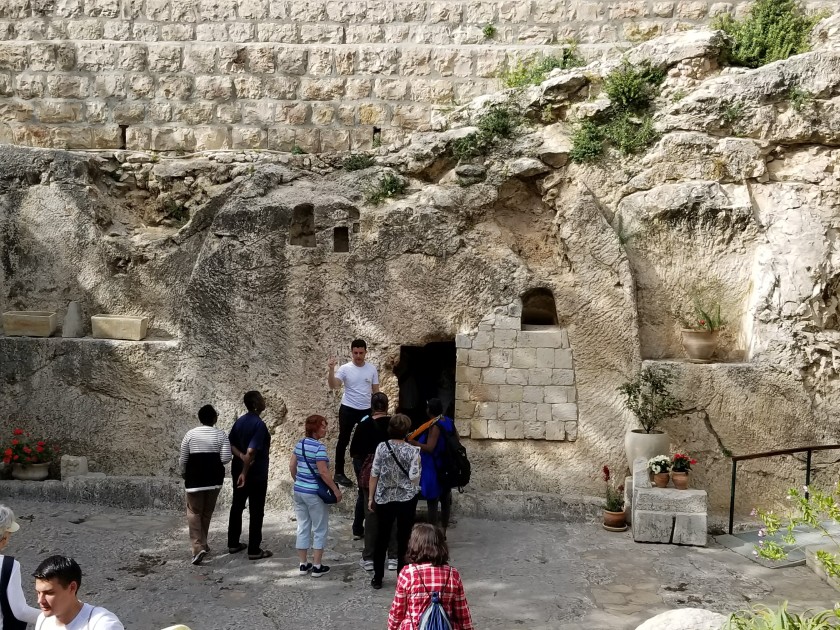 “But when they went in they did not find the body of the Lord Jesus.” 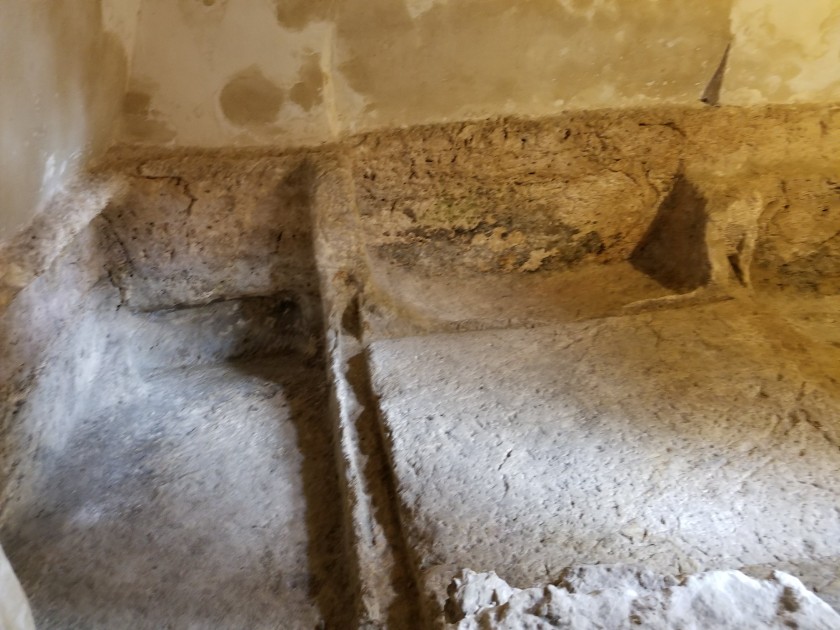 “While they were perplexed about this, behold, two men stood by them in dazzling apparel. And as they were frightened and bowed their faces to the ground, the men said to them, ‘Why do you seek the living among the dead? He is not here, but has risen.'”

Happy Easter to all my reading and writing friends! He is risen!

“Our Lord has written the promise of resurrection, not in books alone, but in every leaf of springtime.”