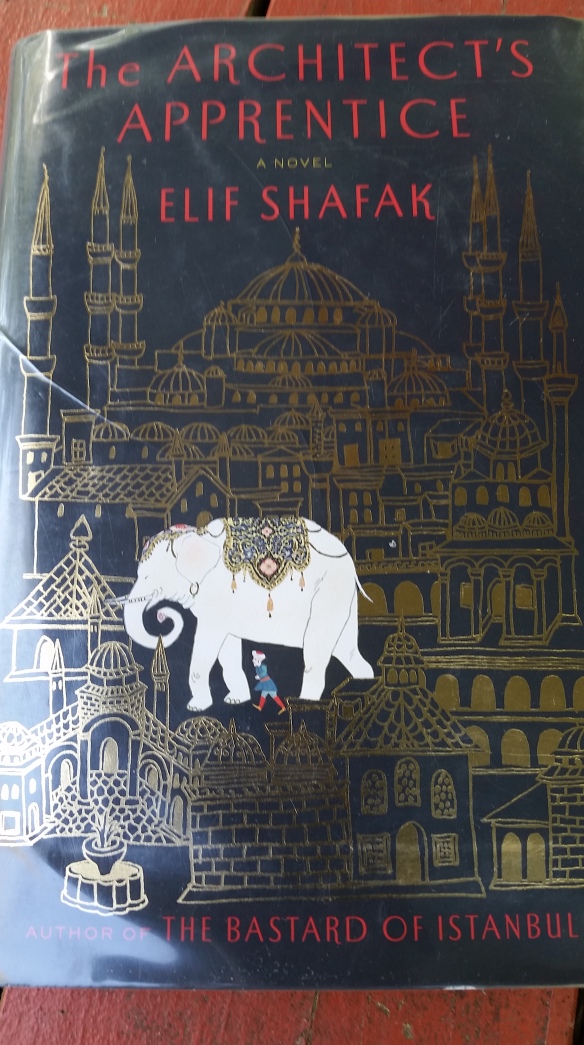 The Architect’s Apprentice is a very engaging and entertaining story which takes place in Istanbul in the 1500’s. The story is told through the eyes of an apprentice to the architect, Mimar Sinan, who designed buildings (mostly mosques, but also bridges) during the Ottoman Empire. Sinan, a contemporary of Michelangelo, was appointed to be the chief royal architect at the age of 50 and kept the post for almost 50 years.

His apprentice (in this story) was an Indian boy, Jahan, who arrived in Istanbul with a white elephant which had been sent as a gift for the Sultan. The city, its politics and intrigues, are seen through Jahan’s eyes as he continues to be the mahout, or keeper of the elephant. He soon catches the eye of Sinan with his own drawings and is made Sinan’s apprentice though he continues his duties as mahout. The white elephant, Chota, is as much an important character as Jahan and Sinan. Chota and Jahan grow up together, serving the Sultan, both in war and in helping with building bridges and mosques, designed by Sinan.

This is a time and place in history which I have not been very familiar with, so that added to my interest for the story. Any other books written about this time period that anyone can recommend? Or other books about the architect, Sinan?