One of my first reads of 2018, The Snow Child is a lovely retelling of a Russian fairy tale taking place in Alaska.

The Beautiful Mystery is Louise Penny’s eighth Inspector Gamache mystery. The whole book takes place at a secluded monastery in the wilderness of Quebec.

Rabbit Cake has a ten-year old protagonist whose mother drowned while sleepwalking. Sounds depressing, I know, but this is a delightful book. Favorite quote:

“That was what her rabbit cakes were about, celebrating every small good thing in your life. I know most families don’t celebrate every new moon or every solstice and equinox, but maybe

they should. You never know when someone you love will shoot themselves in the middle of their own birthday party, or be found dead in another state, caught in a river dam, so everyone might as well have their cake right now.” 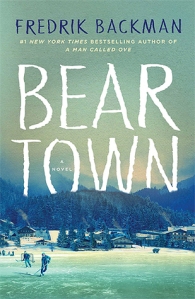 Beartown: About hockey, love, hope, tragedy, friendship, and loyalty in a small town where everyone knows everybody and everyone is affected by another’s hurt. “Everyone has a thousand wishes before a tragedy, but just one afterward.

The Queen of Hearts: Two women who became best friends in medical school are now practicing medicine and raising their families in Charlotte, NC. A doctor from their past comes to Charlotte and secrets better left buried come to surface.

Magpie Murders: A mystery within a mystery by a writer who not only writes spy novels and 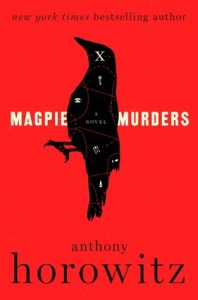 mysteries but also television dramas such as “Foyle’s War” and “Midsomer Murders.” 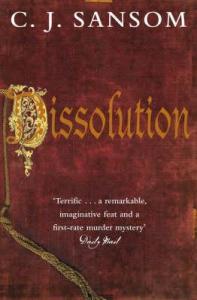 Dissolution: First of the Matthew Shardlake historical mysteries. Henry VIII has ordered the dissolution of monasteries. Informers abound and a murder soon takes place. Well-written historical fiction as well as a mystery. Looking forward to continuing this series.

Assassin’s Quest: Third in what was originally called The Farseer Trilogy. Has since grown to several more books but start with the first: Assassin’s Apprentice. Nobody builds fantasy worlds and develops characters better than Hobb.

Sorcerer to the Crown: First in a new fantasy

series. Takes place in Victorian England. Zacharias Wythe, a freed slave and the new Sorcerer Royal, must find out why England’s magic is drying up. Bonus: there’s a dragon. Second book coming out in March.

A good year for reading! Looking forward to many more in 2019. How about you? What were your favorites in ’18? Which books are you excited about in 2019?