“So faced with a thousand-year old institution, I learned to pick my battles. Rather than resist, for instance, the archaic book-ordering system in the Bodleian Library with technological mortification, I discovered the treasure in embracing its seeming quirkiness. Often, when the wrong book came up from the annals after my order, I found it to be right in some way after Oxford often works such.

After one particulary serendipitous day of research, I asked Robert, the usual morning porter on duty at the Bodleian Library, about the lack of any kind of sophisticated security system, especially in one of the world’s most famous libraries. The Bodleian was not a loaning library, though you were allowed to work freely amid priceless artifacts. Individual college libraries entrusted you to simply sign a book out and then return it when you were done.

‘It’s funny; Americans ask me about that all the time,’ Roberty said as he stirred his tea. ‘But then again, they’re not used to having u in honour,’ he said with a shrug.”

Surprised by Oxford by Carolyn Weber 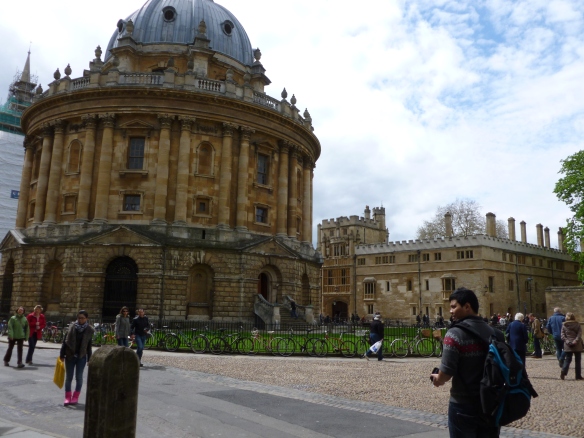