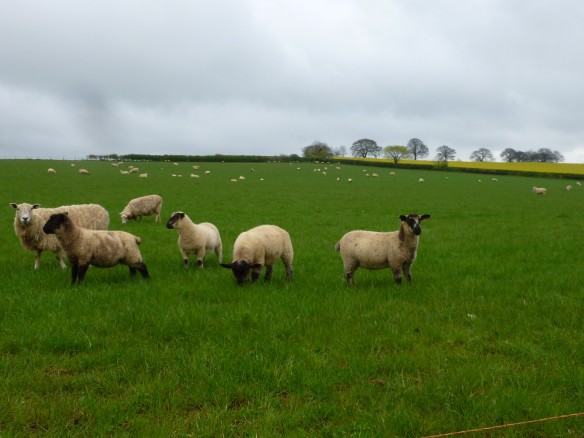 After many obstacles and hindrances, I finally began to formulate my plans for revenge. A knife in the dark would probably be easiest, but not nearly as satisfying. No, my revenge must be public as well as complete. I not only wanted my brother to know of my hatred, but also my father. If he had done his duty as a father by protecting Tamar–or failing that, in punishing Amnon–I could have, perhaps, forgiven him. Not that he seemed to want or need my forgiveness. He seemed to have pushed the whole incident from his mind, like an unpleasant taste or a childhood illness. Something difficult and heart-wrenching at the time, but now in the past and best forgotten. But, I would not forget if for no other reason than this: Tamar would certainly never forget.

You may be wondering how Tamar fared by this time. Since she still did not want to leave my home, even to visit our sisters and mother, I made plans for her to visit our grandfather, our mother’s father. As I said earlier, my mother’s father is king of the small country, Geshur, and Tamar could feel both comfortable and cared for there. I wanted my mother to accompany her (I needed both of them out of the city), and though at first she balked at this suggestion (why must she be so difficult?), she eventually consented. Not for any concern for Tamar, but rather because of her own present difficulties at the palace. She never felt she received enough respect there, and since the incident with Tamar, things had only gotten worse. The other wives (with the exception of Amnon’s mother who pretended nothing had changed) tried to express sympathy to her, but she flared up at their offers of “pity.” Also, as my mother could not bring herself to express much compassion toward Tamar, this caused the other wives to go from sympathy to puzzlement to scorn. Anyway, once I had both my mother and Tamar conveniently out of the way, I began to finalize my plans.

My brothers and I all had our own pieces of land where we raised sheep, wheat, barley, and a few even had their own bee hives. With the weather turning warmer and the rains ceasing, the time to begin sheep-shearing was upon us. My brothers often shared chores with each other, so I decided to ask my brothers to come and help me with my sheep-shearing. To make manifest my generous and forgiving spirit, I would promise to first give them a big dinner and to even include Amnon and our father.

Since my brothers and I had not been on the friendliest of terms, I needed to find a way to ask them that would seem casual, yet deliberate; friendly and non-threatening. For some reason, my brothers didn’t totally trust me and a friendly gesture from me could possibly be construed as suspicious. It’s true I didn’t often invite them over for a meal, but again, sheep-shearing was a chore often shared, so, hopefully, they would just see it as my way of getting free labor. Or cheap labor. I would be providing a meal, after all.

Since I needed some help, I decided to make use of Jonadab and his eagerness to be of any assistance and to somehow make amends for his part in my sister’s tragedy. Not that I thought for a moment he truly wanted to make amends except as a way to get in my good graces, but having him at my side would lessen my brothers’ suspicions, and I also needed him to convince Amnon to come.

Obviously, after spending almost two years avoiding Amnon and having nothing good to say about him, it would be difficult for me to just saunter up to him and say, “Hey, Brother! Long time, no see. How about coming over to my place for dinner?” No, even Amnon wasn’t that gullible. But, as Jonadab so aptly put it, for whatever reason, Amnon did trust him, so if anyone could convince Amnon to come to a dinner with all his brothers at my invitation, it would have to be Jonadab.

I found several of my brothers at target practice one morning (thanks to Jonadab who ran to my house with the news). One of my younger brothers, Solomon, was showing off a bow he made during the rainy months, and, of course, I couldn’t resist issuing him a small challenge. The kid takes things too seriously, and I knew he would be eager to try and beat me. He is smart in some ways, but dumb in so many others. I mean, I’m a warrior and was pulling bows before he could even pull himself up. I don’t think a new bow, no matter how well he made it, is going to be much of a test for my superior skills. Still, a little competition between brothers keeps things interesting and could make my brothers believe I wanted to be part of the family again.

After spending a couple of hours with my brothers shooting arrows, (I was on one team and Solomon on the other), I decided to end the match and extended the dinner invitation to my brothers. As I had feared, they first expressed skepticism, but I pleaded with them, telling them I thought it would be good for us to get together and have some family time, blah, blah. Seriously? Family time? I suppose I’m lucky they didn’t laugh in my face, but I finally managed to convince them of my sincerity. I’m sure it helped when I added I would help them later with their own sheep.

Jonadab and I left together, Jonadab wanting to jabber the whole way while I preferred to rethink and go over every detail of my plan. But I had to make sure Jonadab knew his part and was ready to play it, so I let him talk, only half listening.

“Did you see Solomon’s face when you asked them all to dinner? And Adonijah’s? Especially when you said you planned to ask Amnon, too? They both looked like they had drunk some sour wine. Do you think they’ll really come? And are you really going to ask Uncle David to come?”

I smiled, reliving the moments of my brothers’ faces when I said I intended to ask Amnon to the dinner. “Oh, they’ll come all right. A free meal? A chance to see if me and Amnon will reconcile? You just better make sure you get Amnon to come. And, yes, I will ask my father, though I know he won’t come.”

My mind continued to race with the details of my plan. Inviting my father would be a bit tricky, and it was hard for me to decide if I wanted him to come or not. Since he would not come alone (having at least one guard, if not several), my plan’s chance of success would be greater without him. However, without him there, I would never have the satisfaction of seeing his face when he learned what I had done to his beloved eldest son.

We came to where we needed to part ways that Jonadab might make his way to Amnon’s house, and I would go on to my own home. I turned to face Jonadab, grabbing one of his shoulders.

“I will expect to hear from you tomorrow about how you fared with Amnon. No one, and I mean, no one had better suspect a thing.”

Jonadab nodded, his pain from my grip on his shoulder evident on his face, though he tried to mask it. “Don’t worry, Absalom. I know how to talk to Amnon, and I would never betray you.”

I smirked at that. Did he really think I trusted him? My little weasel of a cousin had his uses, but I was not such a fool as to trust someone who turned his affections as quickly as this one. A pity for Amnon that he trusted him, but that’s what happened when you committed such a heinous crime against someone in your own family. It left you with few friends.

“I will see you tomorrow,” I said, releasing his shoulder with a final push, then turned from him to walk home.