Half the fun of writing historical fiction is the research. Sometimes I can’t find what I’m looking for (or scholars disagree on certain findings) and that can be frustrating, but more often I run across “fun facts” that I had not even considered (which makes it sound like most of my research is serendipitous and maybe it is). I may not always be able to add these “fun facts” or details to my story, but learning more about the culture of my characters helps me, as the author, to know my characters in a more rounded way.

As most of you know, I’m writing a story about Solomon during the time of King David, so I was intrigued when I ran across an article concerning a find in 2012 by Israeli archaeologist, Dr. Eilat Mazar. From the Ophel mound between the Temple Mount and the old city of David, a pottery shard was found containing seven letters. Now known as the Ophel Inscription, there is still quite a bit of debate about those letters and what it all means, but there are those who have concluded that the letters are Hebrew, making the find highly significant concerning the kingdoms of David and Solomon.

Hebrew letters on a 3,000 year old pot gives credence, not only to the existence of King David living in Jerusalem at that time, but also suggests that the written language was not just for the rich and their rulers.

I have no problem believing the Bible concerning the existence of King David and that he ruled in Jerusalem, but have wondered about how literate were the people of that time. After all, David was not raised as a royal son, yet he wrote psalms from an early age, so one must believe that both reading and writing were more common than some may assume. 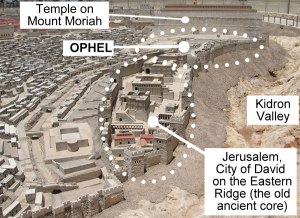 From one article (link to follow): “The Ophel inscription–though untranslated–joins the Khirbet Qeiyafa ostracon as part of a growing body of archaeological evidence supporting the biblical truth that ancient Hebrews were literate. Rather than inventing a post-dated history, they had the linguistic and cultural tools in place to record it from the earliest days that Israel was recognized among other monarchies of the ancient world.”

Studying the history of the Bible and reading more of different archaeological finds continues to make the characters of the Bible more alive to me. My prayer as I write of stories in the Bible–specifically, Solomon and imagining what his life may have been like as he was growing up in the court of King David–that the Bible will also become more alive to others who will one day read my stories.

Two years ago the weather was a little different here in NC. #winter #snowyday #winterspast
Happy New Year! #snowflakebookstack #snowflakebooks #winterreading
Looking for a book recommendation (from someone I trust). #readingchallenge #mmdchallenge #mmdchallenge2020 #booksfor2020 #newyear
Christmas 1961. Memphis. I guess I was excited. #childhoodphotos #christmaspast #joysofchristmas
"One Starry Night" A Christmas poem. Now on my blog--all 3 parts now posted. #christmaspoem #Luke2 #shepherds #angels #bethlehem
Trying to get a picture of the moon but this green object was in my way.??? #moon #ufo #moonlight #decembermoon
%d bloggers like this: